These , were made by GoodJobStudios together with Søren Holm at forum100.dk, financed by The Danish Ministry of Health. The films (here edited into one) are used in danish schools in drug abuse prevention classes, and aims to be starters for discussion among the students about when one has a problem with hash. After each film the students are asked to judge how big of a hash problem the character in the film has, by positioning themselves on the floor on a scale from 1 to 6 (marked on the floor ); six meaning large problem. 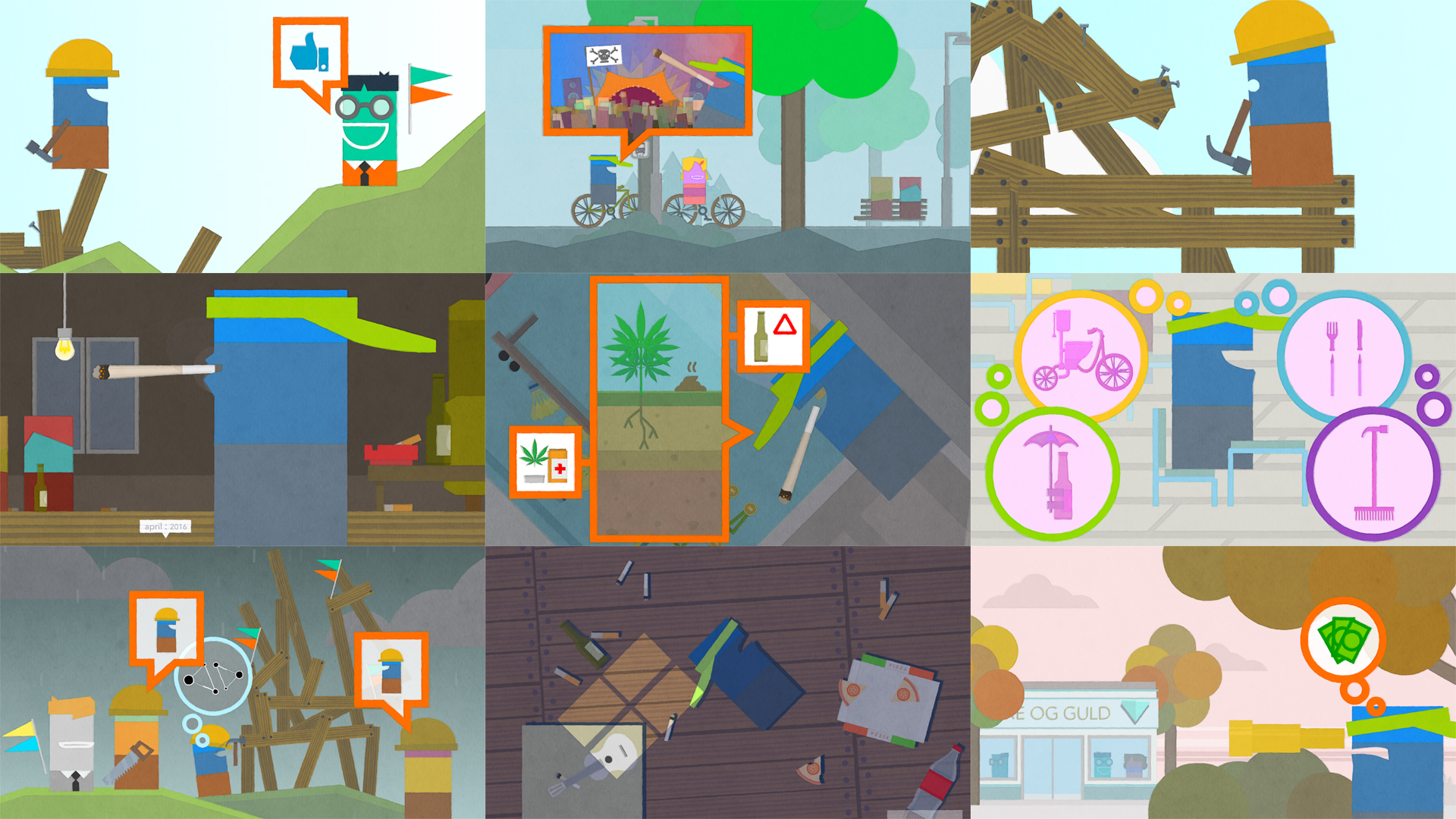